Our Bridgewater, NJ Painting with a Twist Artists 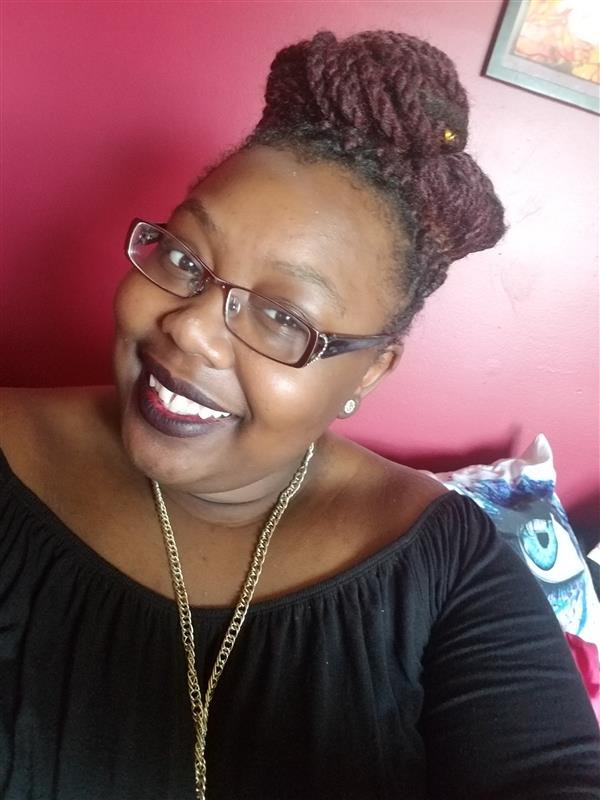 ?Bringing art to life is an amazing trait found in Dekira’s artwork. She loves to use vibrant colors that truly depict her art as real and unbelievably intriguing. Working with gauche is her favorite medium to use. She also works with watercolor, acrylic and oils. Her work is not limited to just painting. Her skill spills over to other talents such as Designing/making clothes, Graphic Designing, Jewelry Making, Ceramics and Stain Glass. She even dapples in Photography. ?As a child she was always up in her room creating, whether it was a drawing for a family member or making clothes for her Barbies and baby dolls. She has always had a passion for fashion and a love for the arts which has only grown over the years. Dekira started painting at the early age of 8. Through her adolescent life she has won numerous contests for the Lions Club and Teen Arts competitions. She is currently attending DuCret School of Art in Plainfield, New Jersey. DuCret is one of the top 10 art schools in New Jersey. While attending DuCret, Dekira’s art has won numerous awards which has open doors for her art work to be displayed in multiple Galleries across New Jersey. ?Dekira’s love for tigers and their beauty has inspired her to do a series of paintings of tigers in the wild. The tigers in these painting are so realistic that they make you feel as though you are sharing the same space as them. She also paints beautiful full figured women with so much movement and inspiration that it uplifts you as you gaze upon them. There is a story behind every piece and her story is only just beginning. 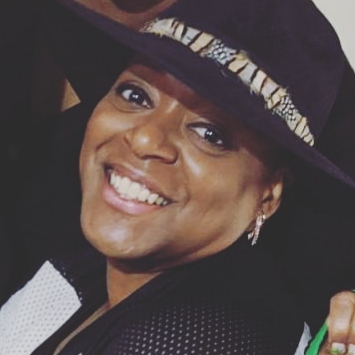 Jessica is a New Jersey native from Newark who finds life and love in every brushstroke. She holds a Bachelor of Arts degree from Rutgers University. Jessica also has a Masters’ degree in Special Education from New Jersey City University. She spends her day teaching exceptional learners to recognize all their abilities. In her free time you’ll find her with a sketch pad and pencil. She explores multiple mediums but loves to use acrylics to bring forth her vision. When she doesn’t have a paint brush in her hand she is crafting, knitting or sewing. Jessica is obsessed with historical costuming and is currently reading The American Duchess Guide to 18th Century Dressmaking. 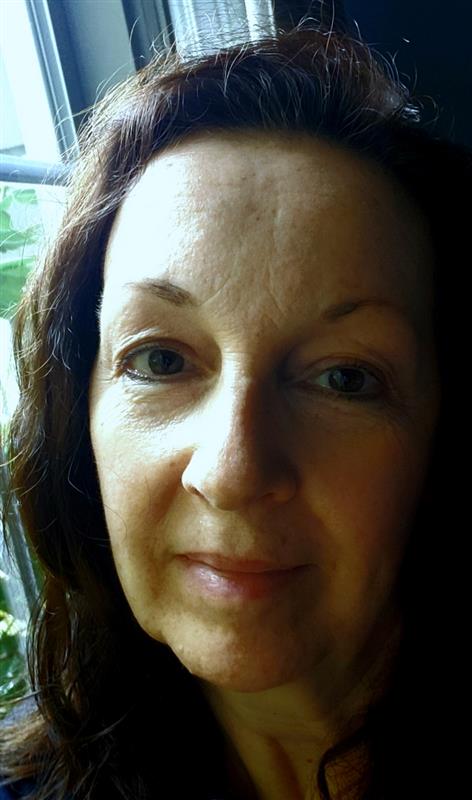 I was born and raised on Long Island, and love being near the water so I love the Jersey Shore! I've been painting since I was very little, always making art. I'm a trained Fine Artist and Decorative Painter and worked for years in NYC and NJ creating murals, faux finishes and applying gold leaf. I've seen beautiful homes, gorgeous hotels and helped decorate many lovely spaces. I've volunteered multiple times at the Mansion in May Showhouse and enjoy working with non-profits to help them earn funds for their cause. I've taught art to kids, teens, scouts, veterans and adults and love sharing what I know. In my spare time I hang out with my kids and dog and love to get outside, to bike and hike a trail. Come and meet me at PWAT and let's make art together! 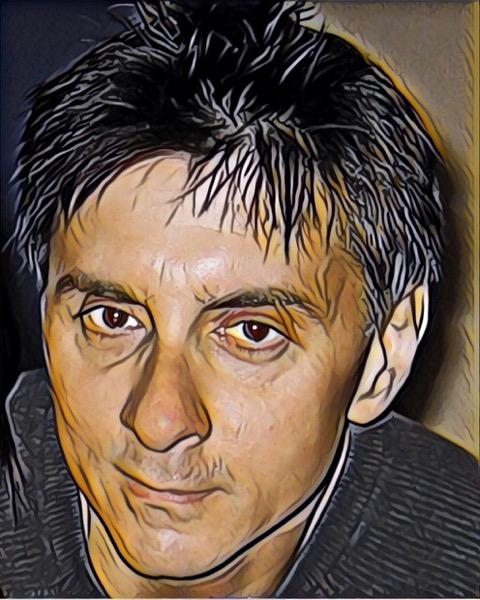 Larry Felder's creative output encompasses several dimensions. He is an accomplished Artist, Writer, Illustrator and Paleo Artist, the creative field that bridges Paleontology with Fine Art. A 1980 graduate of Montclair State College, he holds a BA in Fine Art and Political Science, and a minor in Geology. As an Artist, he is equally at home in Landscape, Figure and Portraiture, in oil and acrylic. His work can be found in numerous public and collections, including those of Stevie Nicks, Steve Martin and the Estate of Groucho Marx. His landscapes and seascapes draw a direct line from the 19th Century Hudson River School and the Luminists, but add a distinctive 21st Century perspective, with a unique sense of light and form. And his debut novel Afterglow, which describes a dystopian world where watching thermonuclear detonations has become the world's most popular form of live entertainment, is currently being explored for a film option and development. Larry's illustrations have appeared in numerous books and magazines, such as Scientific American, Earth and New Jersey Monthly. And his work in the field of Paleo Illustration has made him one of the preeminent dinosaur illustrators in the world, having been featured in books, magazines, museums, on-line services and TV shows and films, such as The Discovery Channel, AOL, the Museum of Science in Boston, and the 2011 Brad Pitt and Sean Penn film The Tree of Life. His 2000 book In the Presence of Dinosaurs was the only TIME/LIFE volume ever awarded a Starred Review in Publisher's Weekly, and remains one of the most popular and well-received titles on the subject of dinosaurs. In addition to his creative endeavors, he has also made a number of contributions to the field of Paleontology, among them having discovered the second largest group of dinosaur footprints ever found in New Jersey, and the oldest fossil mammal footprints in existence, a new species 204 million years old, which is set to be given the name Ameghinichnus felder i, when it is formally described. 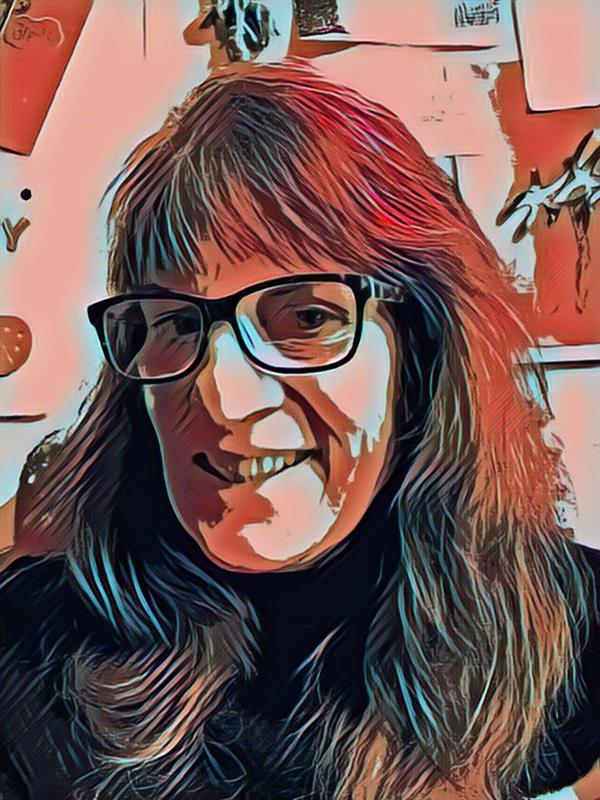 Nicki was raised in New Jersey and resides in Easton, PA. She dances through Paint, and has paint on everything she owns. Nicki is an Artist/Educator who likes to experiment in every medium. She currently teaches Fine Arts to high school students. She holds a Bachelor of Science in Art Education from Kutztown University. She also loves mosaics, drawing, printmaking, sewing, and sculpture. She loves to get her hands dirty and wouldn’t have it any other way. She has two grandsons who live in Boston, that share her love of painting and creating. In the fall she will be embarking on a new journey of illustrating children’s books. 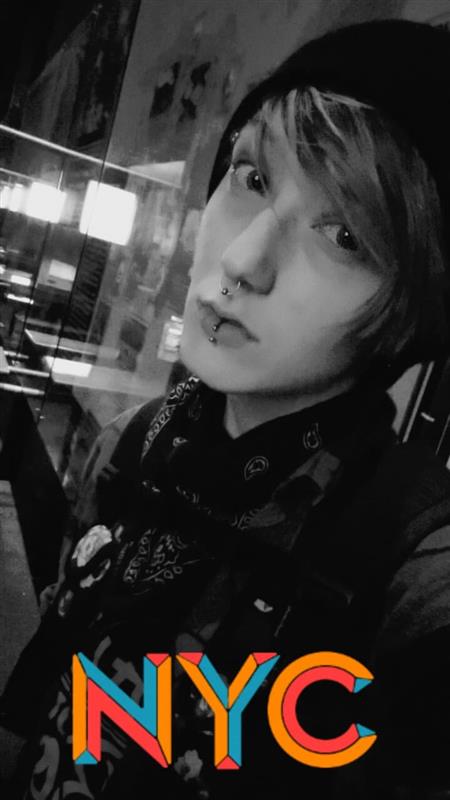 Jett is a multimedia artist in New Brunswick, New Jersey. As an aspiring tattoo artist, they create bold, graphic designs with bright color and unexpected materials. Known for their patience and warmth while teaching, Jett works wonderfully with artists of all ages and skill levels. They largely work in portraiture and design, occasionally dabbling in digital art, and Jett is commonly inspired by music. Working in everything from costume making, sculpture, sketching, and even makeup art - they bring a variety of skills and approaches to every piece.