Our Columbia, SC Painting with a Twist Artists 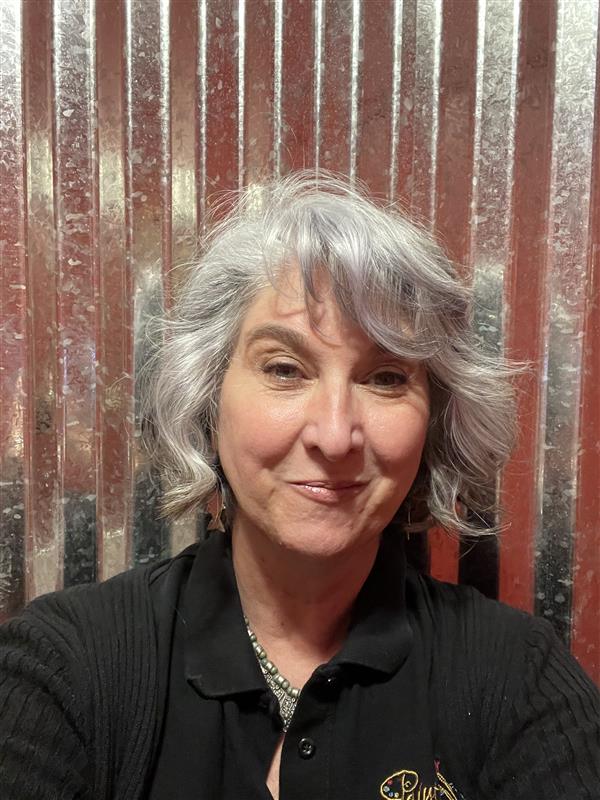 Co-Owner of Painting with a Twist Columbia with her darling husband of 37 years, Ron! As an Air Force brat, she's travelled all over, moving 8 times before she was 15. Her grandmother was and mother is an artist, so she was surrounded by art at a young age and grew to love painting, ceramics, knitting, collage and even playing guitar. She worked in radio for 10 years in Montgomery, Alabama as a morning and evening DJ and ended up on talk radio hosting her own call-in show. She co-hosted a cable TV show called, "Rise and Shine" and did TV and radio commercials as well as voice-over work for an agency that did "talking houses". She spent seven years in banking, starting off as a teller and ending up as V.P. in charge of sales. One of her favorite jobs though, was as Music Director for a church preschool. She directed 2 musicals a year and led 3 - 5 year olds in dancing and singing! It was a fun time and she never knew what they would do once on stage! She loves working with kids and knows how quickly they learn, especially when things are presented in a fun and interesting way! She has painted murals for school libraries, churches and nurse's offices. Teachers told her that their students would "fake" being sick just so they could watch her paint! She paints on pretty much everything she can get her hands on like walls, windows, car windows, bricks, pottery, rocks, wood and fabric. If you stand still too long, she might paint on you as well! Since 2000, she has been painting Retablos (folks art depictions of Saints on wood) and sells them in New Mexico. She has been in galleries in Taos, Chimayo, Rancho De Taos, and currently sells her work in Arroyo Seco, at "Santos Y Mas". Featured in "Retablos -From the Heart and Soul" exhibit at Martinez Hacienda-part of the Taos Museum Registry: December 9, 2018 - January 7, 2019 "There is great joy in creating art. To be able to help people unlock their creative talents and remove the fear of a blank canvas is so much fun! I can't wait to meet you and help you find your inner artist!" 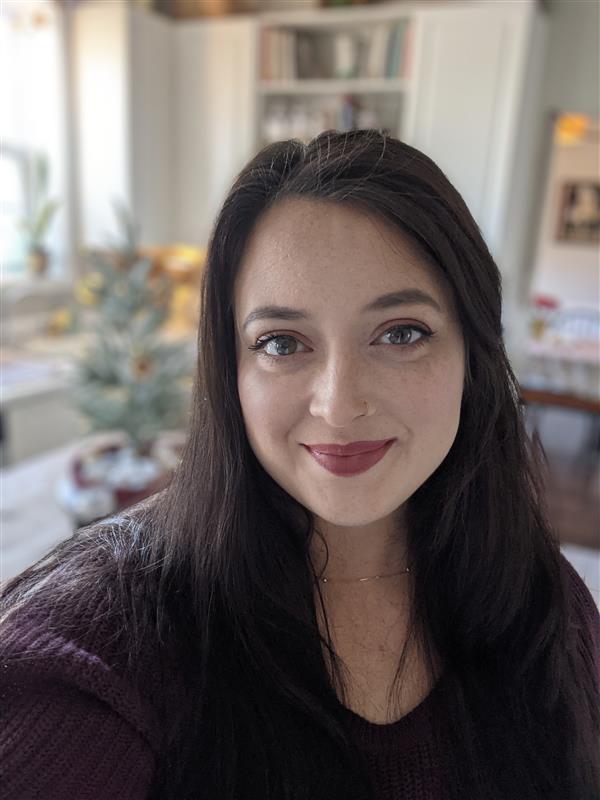 Originally from a small town in Ohio, I've now made South Carolina my home. I moved to South Carolina almost 9 years ago, needing more sunshine in my life, found that and so much more! I met my fiancé shortly after moving, and now call Lexington home. We have a daughter Early, who will be 5, and a son Jesse, who is turning 2. I've grown up with art, it's always had a place in my life in some way or another. I went to Ohio Dominican University, where I received a degree in Public Relations and Marketing with an emphasis in art and design. It was in college I discovered that painting was my medium. I love using acrylics and water colors, also painting on different bases. I have been painting and teaching for about 8 years, and enjoy helping others find the magic of art. After taking a break during the pandemic, I am excited to paint with PWAT Columbia again, and see some familiar faces. I also have two Instagrams: @theblackboardartisan @art_is_a_window 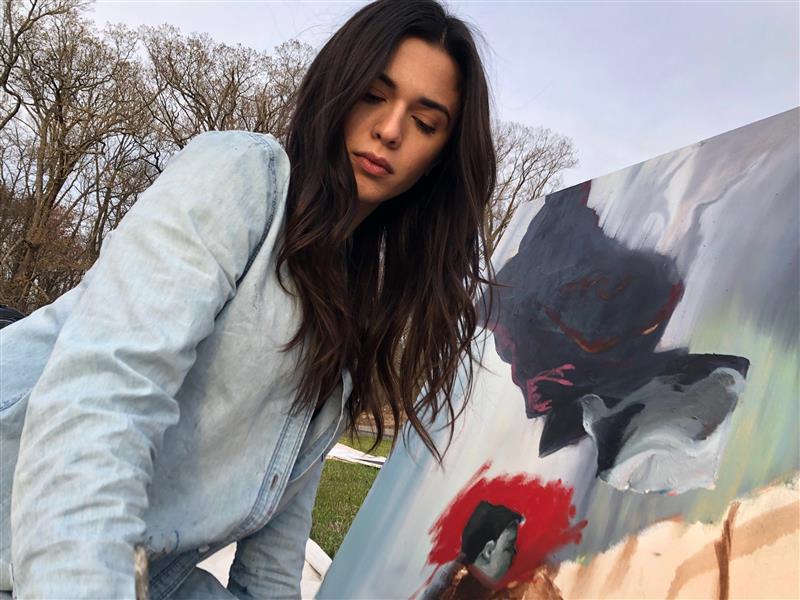 Sam is a graduate student at University of South Carolina, pursuing her Master of Fine Arts degree. She had completed her Bachelors of Fine Arts degree in her home state of New York at SUNY Cortland, with a specialization in painting. Since moving from New York City she has thoroughly enjoyed meeting so many new and wonderful people in South Carolina, and wholeheartedly embraces the local art community. Sam’s personal work confronts the absurdities that occur when mixing reality with dreams. Through these constructed images, memories and non-linear narratives are highlighted. Commission inquiries are available through Instagram direct message: @samrealiart 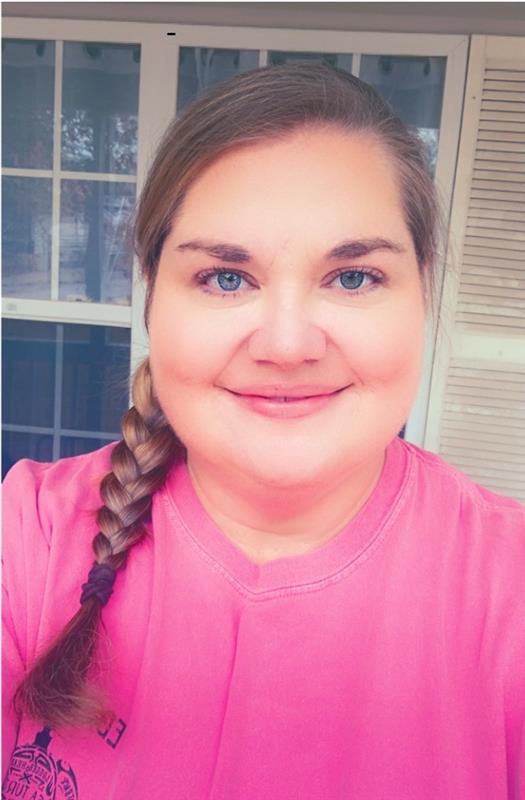 Kellie was born & bred right here in the midlands. Art became a light for her in 7th grade when she was introduced to photography & a darkroom. Through school she learned to love drawing and later painting. Kellie is a DIY girl at heart and loves to share her passion for art with others. She has been teaching elementary art for 23 years and enjoys the excitement children have as they learn. When she isn’t making art or teaching she loves to shop, nap, watch movies, listen to music and spend time with friends. She loves having game nights and traveling to the beach with her family. Kellie has been married for 11 years to Jamie and they have a 7 year old son named Wyatt. They also have a 14 year old lab named Sophie and a 4 year old dachshund named Hank. She is super excited to begin her next journey here at PWAT and looks forward to sharing her love of art with you! One of her favorite movie quotes is something she feels could be applied to many things, especially art…”Beginnings are scary. Endings are sad, but it’s the middle that counts the most!” -Sandra Bullock 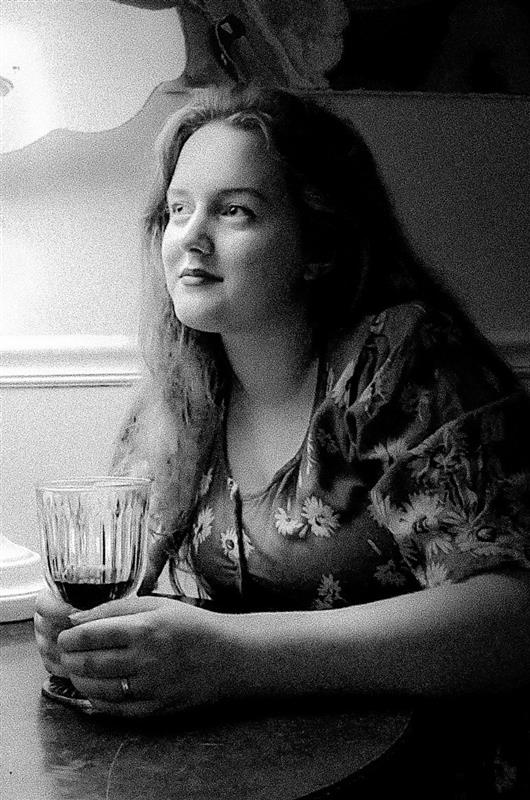 Gillian is a graduate from Newberry College class of 2021 with a Bachelor's of Art and a minor in Business. Her work focuses on the people in her life who inspire her. The portraits are a type of love letter to the subjects, a way to show how beautiful they are to her. She also incorporates her love for films, history, and nostalgia in her artworks. She has been painting her whole life and always says the paintbrush is an extension of her hand. Message her Instagram art page if interested in a commission piece from her: @gillianpainting 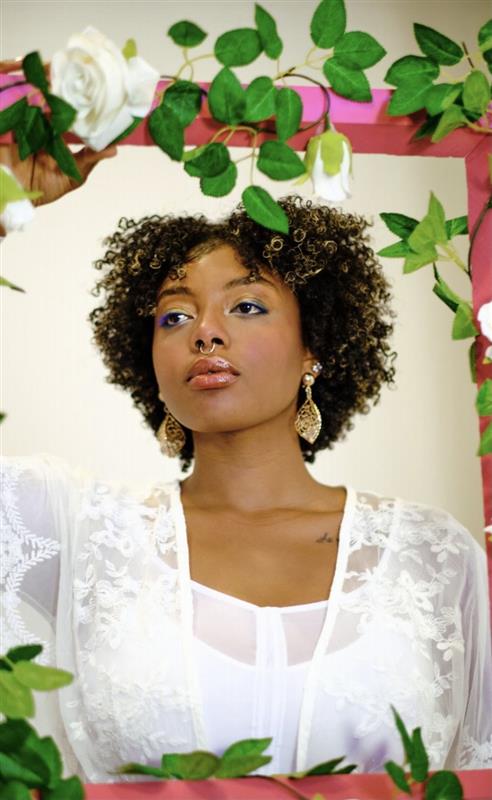 LaLa is a college graduate from Coastal Carolina University with a BA in Art Studio and business administration minor. She is in the process of building her own brand, LARTSYS which is surrounded around art, spirituality, herbalism and personal development, all of which are concepts her artwork focuses on. LaLa paints dreams, as well as the beauty she sees in the world. She creates compositions that represents the kind of life she is working towards living in the future. She enjoys painting free spirited people, animals and nature. Along with original works, LaLa also does commissions! If you’re interested in purchasing an original or want to request a custom painting, simply email her at lartsys@gmail.com or DM her on her business account on IG, @lartsys2.0