Our Richboro, PA Painting with a Twist Artists 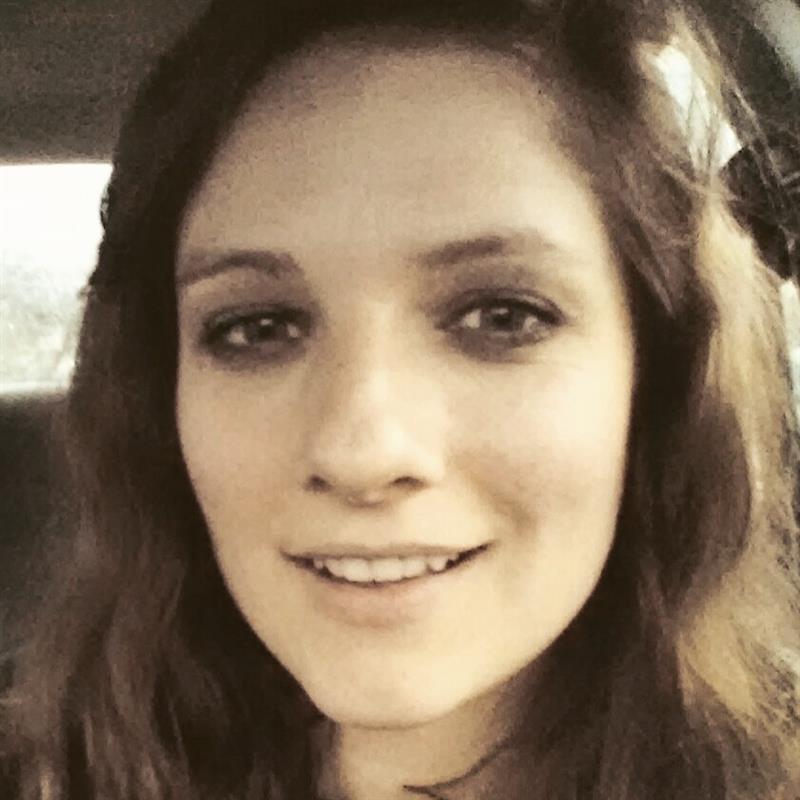 Kate is an award-winning, prolific artist, who specializes in acrylic on wood and graphite on paper. She has been proactively painting and drawing since she was a child. She studied painting during her time at Penn State University where she received her Bachelor of Arts degree in Anthropology with a minor in Art History and she graduated from New York University with a Master of Arts degree in Visual Culture. She interned at Christie's Auction House in the Silver and Objects of Vertu Department, where she learned the inter-workings of the fine art world, and discovered her love of collecting art. Kate exhibits her work in the greater Philadelphia region, including parts of New Jersey but has recently branched out to galleries all over the United States. She has an eclectic collection of work ranging from still-lifes, portraits, fantasy and the macabre. Her work has appeared in such publications as The Horror Zine, Twisted Sister Lit Magazine, and Artis Online. Additionally, Kate was awarded first place in the Arch Street Press book cover competition. Kate designs cover art for both magazines and books. Her work has appeared on the cover of New Zenith Magazine, The Rag Lit, Wishless, Queen of Angels, Navigating the Boy Scouts, Subprimal Poetry Art. In her spare time, she enjoys camping and hiking, writing, as well as playing ice hockey. 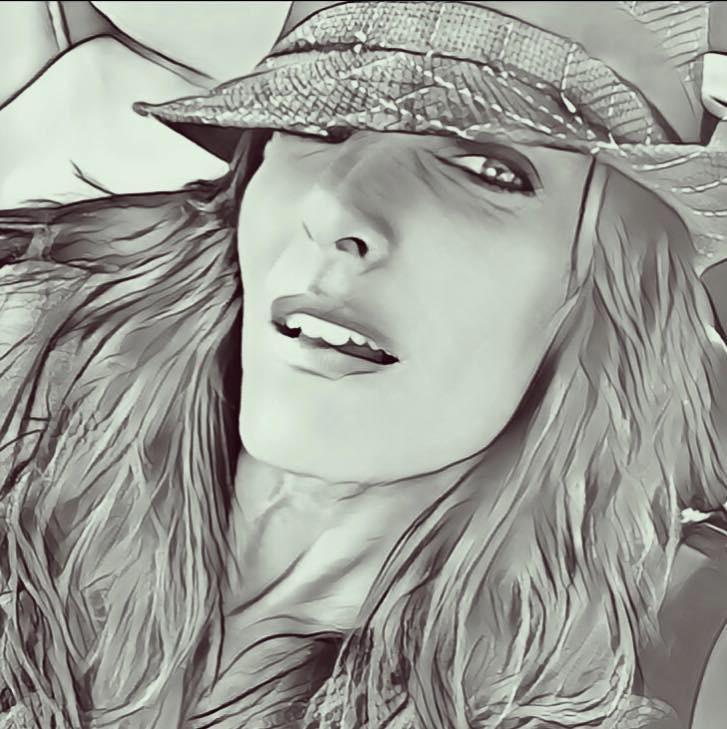 Sherry loves to not only dabble in canvas and acrylic paintings, but she also is an accomplished guitarist, vocalist, model, dancer and actress. Sherry has spent a lot of her time performing locally and in Nashville. You can also find her on national TV as a model for QVC as well as in a few local TV commercials. While she still plays out in local venues singing and playing her guitar, she has also dedicated some of her time to teach art to those who like to be creative as much as she does. Her multifaceted artistry will be shared with us here at Painting With A Twist. Sherry also likes to spend her time volunteering at local shelters for homeless animals; adopting a family at Christmas through a local church, and the wild life refuge. She also believes: "To practice any art, no matter how well or badly, is a way to make your soul grow. So do it.” [Kurt Vonneguti] 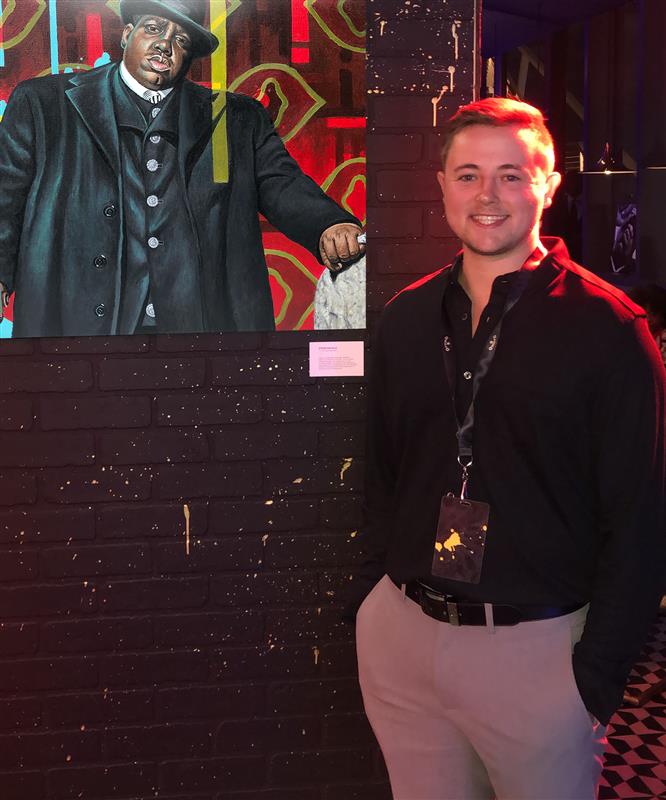 Steve is a 23 year old freelance artist and graphic designer. He studied at Millersville University and received a Bachelor of Arts degree with a minor in Entrepreneurship. He recently graduated college in the spring of 2019 and has a passion for painting. He specializes in oil and acrylic paintings. He also is a great digital artist and a strong illustrator. He has done paintings for Swisher Sweets, Mass Appeal, Warminster SportsPlex and several other private commissions. He paints mainly pop culture figures, his style has a very wide range along with his subject matter. His work is creative and bright colored. Steve showcases his work 1 time a month at a pop-up art show on Girard Ave in Philadelphia. He is a confident artist that is looking to make your time here at PWAT fun and enjoyable!

Anthony is a 23 year old multi-media artist from Bensalem PA. He graduated with an Associates of Fine Arts from Bucks County Community College in 2018 and a Certificate in Fashion Industry Essentials from Parsons School of Design in 2018. He mainly focuses on the human body as a source of inspiration. Working at a large scale for his art, some of his pieces can tower over doorways and overcome you in shock and awe. He also has a YouTube channel (Casual Covert) that he uses as a creative outlet for his humor and art. His main goal is to prove that anything can be “beautiful” when it comes to art, and the main reason as to why it’s beautiful is because someone unique makes it. With his level of entertainment, humor, talent, personality, and willingness to help, Anthony is here to show you why PWAT Richboro is the best place to get the creative juices flowing. 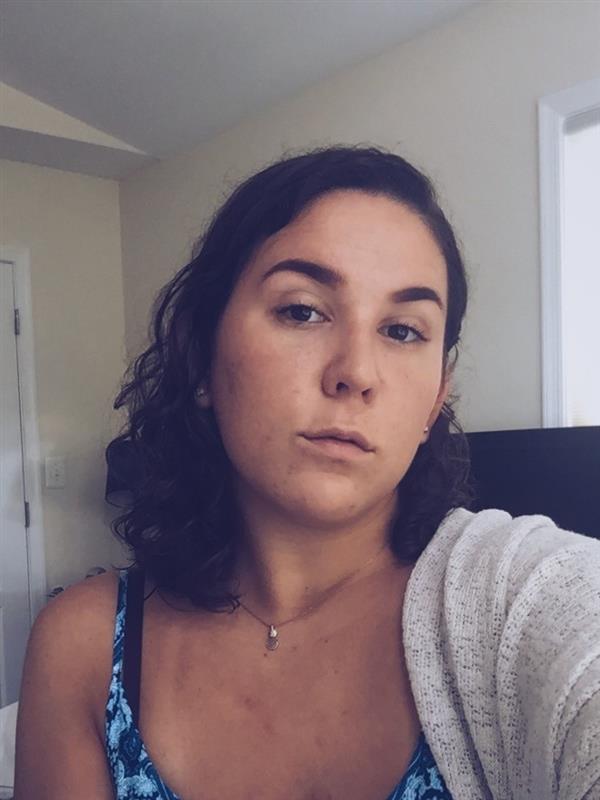 Teresa has lived in Holland, Pennsylvania her whole life. She graduated from Archbishop Wood High School in 2016 and now attends DeSales University in Center Valley, Pennsylvania. Teresa is currently majoring in Media Studies; her major entails Communication and TV/Film, along with a handful of Digital Art courses. Throughout her life, Teresa has always been deemed as a creative in her family. She started out doing simple drawings of her favorite television show characters at a very young age. From middle school through high school, Teresa constantly tested out intricate nail designs with nail polish and that is where she developed a steady hand for small detail. Later in high school, Teresa took several art classes where she blossomed into working with acrylics and watercolor, continuously challenging herself to new styles of painting and expanding her skills. Now in college, Teresa is experimenting with photography and digital art, hoping to find direction with her creative talent. Since joining the PWAT team, her love and appreciation for the arts and those in the arts has only increased. She hopes for everyone who experiences PWAT can leave with a painting they are proud of. 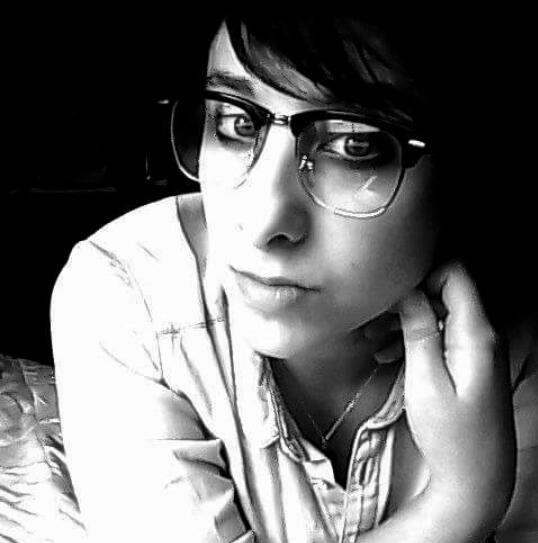 Ashlen is a native New Yorker looking for some price and serenity in the rolling hills of Bucks County. She is an individual that seeks the art in everything and everyone. We are all artists we just have to find out perfered method! She has over 5 years teaching children Art and Art History, a minor in Russian and received her Bachelors at the University of West Chester, right here in Chester county a very profound place for american art! Mostly working in ceramics, Ash has been known to "dabble" she will try anything once and even sometimes twice. A quiet horder of art supplies she takes art very seriously but still maintains a fun approach on creative outlets! Recently she has been restoring furniture and selling it for a small profit, she is skilled in drawing and painting and thrives off of other creative individuals such as herself!