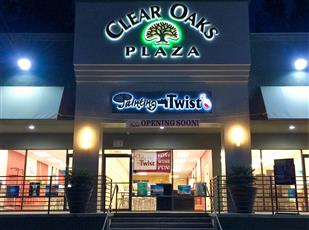 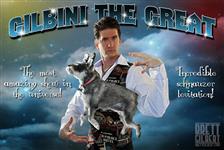 Website
Brett Gilbert is a professional artist and has over 15 years as a touring stand up comedian. He has a Bachelor of Arts degree in graphic design. His mediums include: oil paint, acrylic, pen and ink, and Photoshop. He is constantly working on his next gallery art show, and in between he illustrates posters for rock-n-roll bands. His life as an artist began as a Stand-Up Comic/Actor. Brett has made appearances on shows such as The Catch, House, Bones, and in the movie Ghost World sharing a scene with Scarlett Johansson. He spent three seasons as Ladislof on the Comedy Central show Primetime Glick. He's been in over 30 commercials including a Super Bowl Pepsi spot with Britney Spears. And he's published two books on my Teddy Bear and Bunny series available on Amazon. 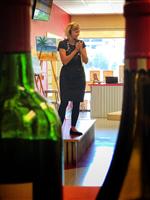 Website
Hello Fellow Twisters! I am the owner of this wonderful studio and so thrilled to be located in Thousand Oaks. You're probably wondering, what's the TWIST? It's a little bit of PAINT, a little bit of WINE, and a whole lot of FUN! Happy happens here! Laughter and music fill the air, paintings adorn the walls, people warm our hearts, and bringing the community together to do something fun and different nurtures our soul. Our 2-room studio allows us to provide fun art parties for the young and young-at-heart, each visit is a new and unique experience. Please drop by for a visit and enjoy a beverage while you're here. We're looking forward to painting with you soon! 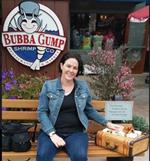 Denyse has a BA in Fine Arts from California State University Northridge (CSUN). When people ask her "What do you paint?"...she never knows what to say! Denyse explains, "Sometimes I paint animals, sometimes landscapes, and sometimes I make things up. I try never to do the same subject twice in a row." 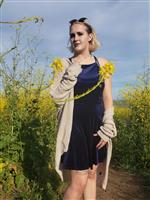 Isabel is a 22 year old artist who finds joy in anything and everything creative. From art to writing to needlework, her passions fill her soul with all kinds of happy. She believes that there is beauty in everything, the most important thing is finding the strength inside of you to look for it. And understanding that it is okay to not fully understand, because secretly we are all just winging it. Her motto is: "It is a dangerous thing to un-believe something only because it frightens you." 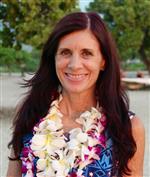 Website
Karen is a warm weather girl as evidenced by her living in Arizona, California and Hawaii. She earned her BFA degree in Illustration from Art Center College of Design in Pasadena. Teaching illustration in Kona, Hawaii to students from around the globe for two decades also gave her opportunity to travel. She loves the diversity of people from different nations and has taught in Taiwan, Thailand, Kenya, Australia, and Armenia. This inspired her to paint many indigenous people portraits. Acrylic and oil are her favorite media. Sharing the journey of painting with others in the fun light-hearted atmosphere of PWAT gives Karen great joy. She absolutely loves being the tour guide as she takes people on an art adventure and spark joy through creativity.

A valid photo ID must be presented to enter Studio 1867 (ArtBar). The studio art bar offers wine, beer, hot and cold beverages for sale. Absolutely no BYOB or outside beverages of any kind (including water) is allowed on the premises.

Studio 1865 (alcohol-free) is for ALL AGES! Infants/toddlers below age 7 are not permitted, with exception to private family events. Studio 1867 (main stage) is restricted to 21+ ONLY. Absolutely no one under 21 is permitted per CA State Law. 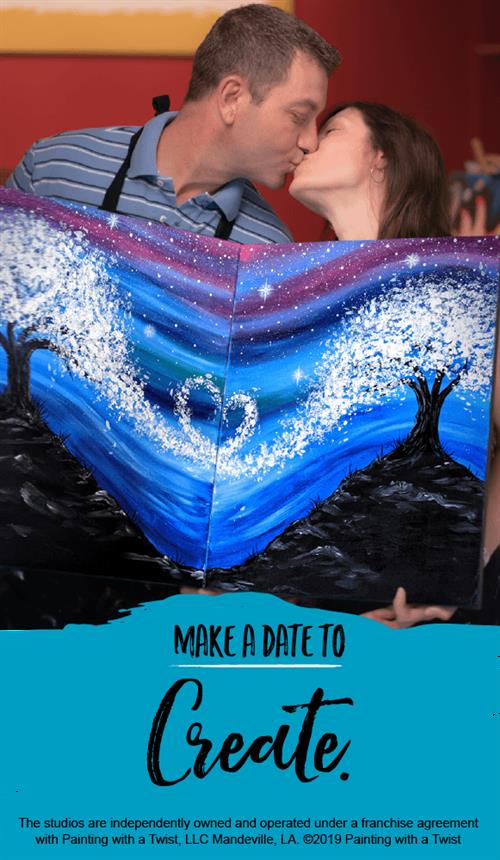