Our Jacksonville, FL - Fruit Cove Painting with a Twist Artists 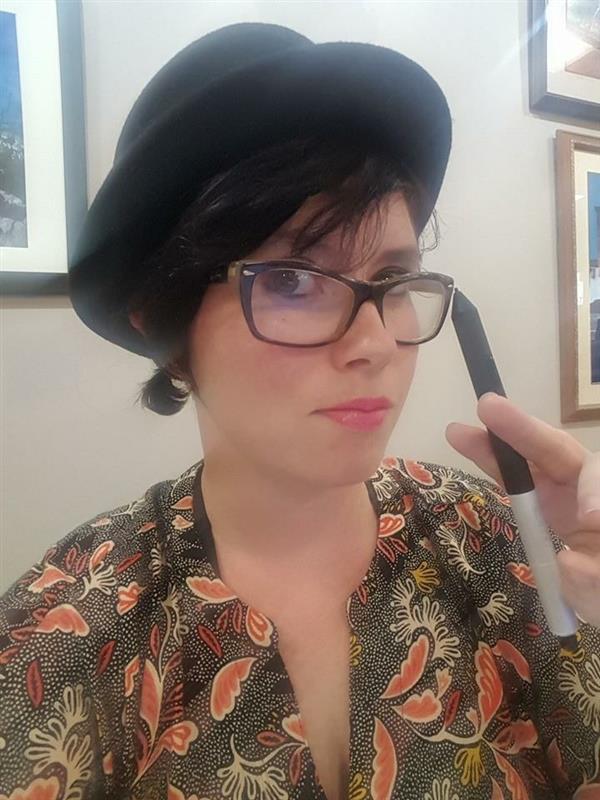 Like most Hobbits(s), Kelly was born and raised in Middle Earth. Growing up in the Shire she learned to mushroom-hunt, gather plants from the lands, as well as running barefoot on a daily basis. More importantly, she learned and honed the skill of drawing. She was a well-known artist of amongst her fellow Hobbits… Actually, that whole thing was made up entirely. Kelly was not born and raised in Middle Earth but in Jacksonville Florida on October 24, 1984. She could always draw but it was her Grandfather who really taught her the traditional way and how to hone in on those skills. She grew (figuratively) as an artist and attended Flagler College of Saint Augustine with a Bachelor of the Arts Degree in the Graphic Design field in 2013. She has since pursued Illustration as she has always loved to create stories, whimsical characters, and fantastic places. This includes writing and illustrating children’s books. Currently, she is studying Character Design and hopes to one-day work at Nickelodeon as a character artist. Her other passion is acting. She has been in several stage productions including ‘Dracula’, ‘Steel Magnolias’, and ‘No Sex Please, We’re British’ as well as a short film, ‘Where Does It End?’ Her hobbies include cooking, ukulele, and anime. (PLEASE NOTE: Caricature depiction is actual size.) 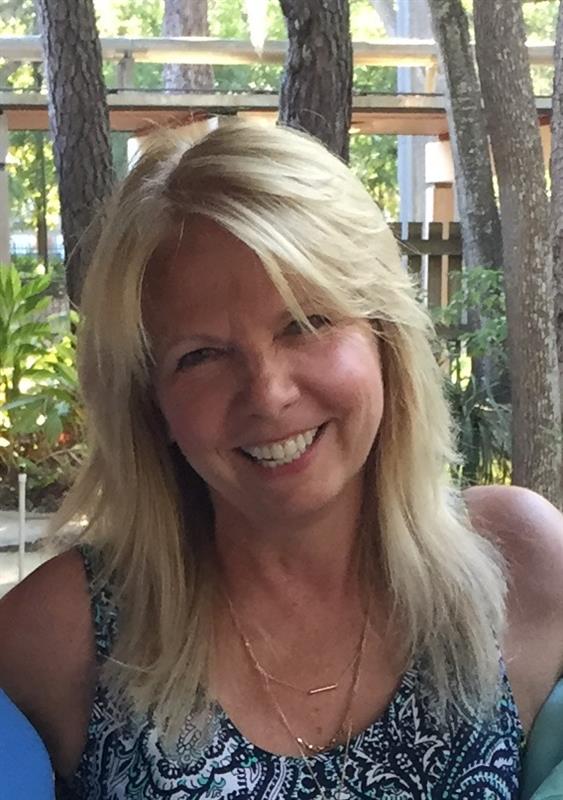 I’ve been loving art as far as I can remember and knew I wanted to be an artist someday. I doubled majored in Art and Journalism at Rutgers University. A quick stint at a fine art and commercial graphics company in Philadelphia lead me to my 19 year career at a Fortune 500 company as manager of Creative Services. After years living in and around Philadelphia, PA, my husband was offered a great job opportunity in Jacksonville FL. In FL I began my most important career as a stay at home mom raising my two amazing kids. I kept artsy-busy with free-lance graphics and eventually stumbled into a job at my daughter’s elementary school that needed an art teach to take over an extended maternity leave. I loved teaching art to kids and went back to school to earn my Florida teaching Certificate in art. I worked 5 years job-sharing as an art teacher in our local elementary school. In 2010 I began teaching fine art with adults and senior citizens and still do working in watercolor, pencil, mixed-media and acrylics. Then Painting with a Twist Opened in 2014 and it sounded like the perfect place to enjoy teaching, painting and people! It has become what I call “my most fun job EVER!” My husband and I bought the studio in September of 2016. I hope to continue to make this studio be THE place in Jacksonville for the best FUN ART experience. 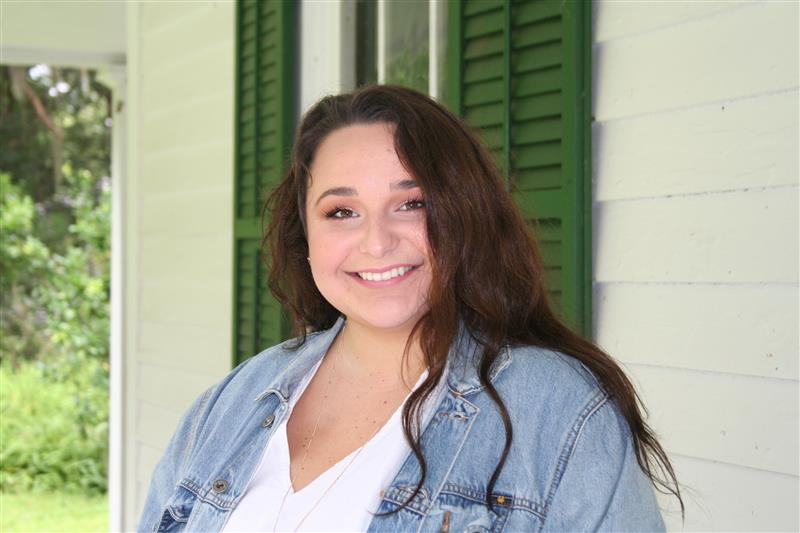 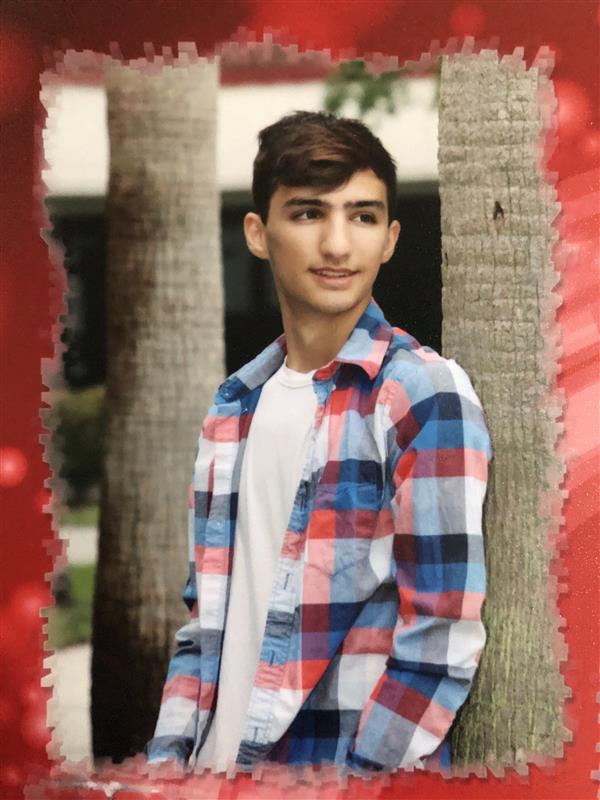 Ciao, I’m Jake. I was born in Long Island New York and moved to Florida when I was just 6 years old. As far back I can remember, I had the dream to become an artist of all mediums. When I was younger I was told by others that I should have more practical goals in life instead of becoming the creative person I always wanted to be. Becoming the outgoing and passionate self I am now was not easy. Eventually high school creeps along and I soon see art as a way to take life’s ups and downs and visualize them into physical representations that I can look back and learn from. My goal was to share that same idea with others. I never gave up on my dream! I found a love for graphic design and painting - two mediums that are very different entities. I wanted my passion for art to become my lifestyle and livelihood. At the end of the day that is what makes me smile. With freelance graphic design jobs filling in the first half of my art dream, I still needed to find the fine arts, hands-on component. That’s when I found PWAT! I work at Painting with a Twist with a major goal in mind - to support and create new artists in this community. Everyone deserves to be seen for who they are. That is why I pride myself in making sure others see exactly that through their art. If you see me in the studio, feel free to sign my apron. I believe everyone I teach or assist at Painting with a Twist is a brilliant artist. Those signatures will remind me of my goal to inspire others in art and they will stay with me throughout my career at Painting with a Twist. 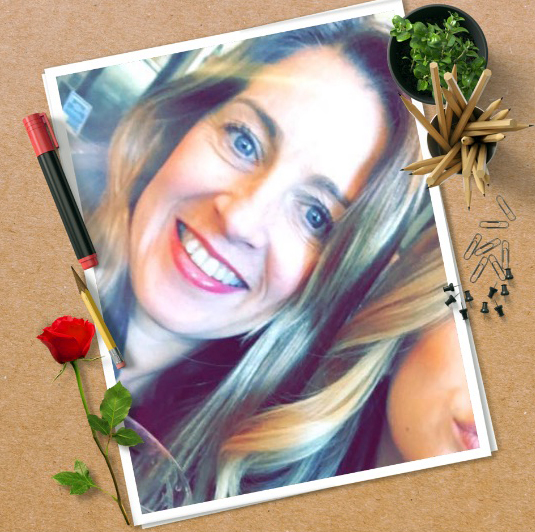 Hi my name is Julie and I’m am so excited to be working at PWAT! I moved from Ohio to Florida when I was eight years old. Growing up my favorite classes were Art and Music. I have a Bachelor of Science in Fashion Merchandising and a Minor in Visual Communications from Florida State University. Go Noles! I have experienced many forms of art: Painting, drawing, batik, weaving and photography. I have lived in Jacksonville since 1985 and raised both my children in St. Johns County. I loved being a band and soccer mom too. I have been a Sales Manager for Major Corporations and family owned businesses. I was also a Jazzercise Franchise Owner/ Instructor and a Receptionist for a Music Studio. I am actively involved with the West Point Parents Club of NE Florida and served as Vice President for Five years. I spend my free time painting, reading at the beach, playing tennis, and hiking in the North Carolina Mountains. Fun facts you don’t know about me? Come paint with me and find out!

Artist Julie Wall is originally from Pittsburgh, PA and graduated from the Art Institute of Pittsburgh and Point Park College with degrees in Visual Art and Design and Visual Communications. She has also been a home decorator and stylist and loves to be creative in any form. She has been working as a professional artist doing murals and commissioned art work for the last 25 years. The last few years Julie has been enjoying chalk painting furniture, adding unique hand painted touches. Besides art she has a passion for her family and animals and serving the homeless. She also substitute teaches in St. John’s county and loves having the opportunity to positively influence children of all ages. Last but not least, she loves…..Painting with a Twist!!!! 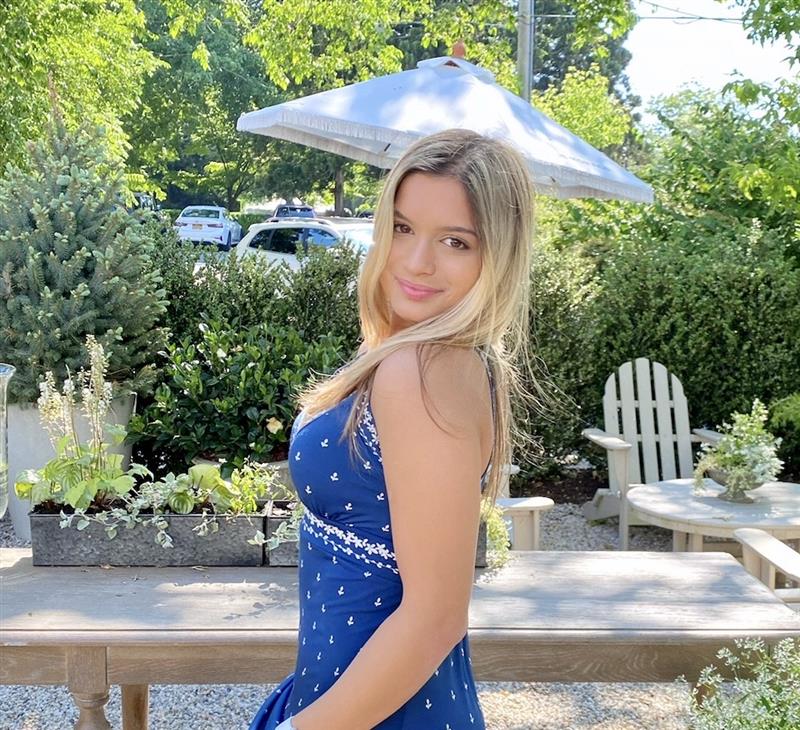 Hi! I moved from New York to Florida at age 8. I have been creating art since my childhood as a favorite hobby and outlet. Throughout my journey, I have visited museums and been inspired by art galleries. Being an artist has enabled me to express my intuitions, thoughts, and desires. Teaching art classes is exhilarating for me, on and off the stage; I very much enjoy all aspects of art, especially helping others find and build their passion for it. I started working at Painting with a Twist as an assistant artist in September of 2017. I now teach on stage for both children’s and adult classes. Other hobbies of mine include competitive weightlifting and lacrosse. I hope to further my passions for both art and law in Manhattan, where I plan to attend Columbia School of Law! 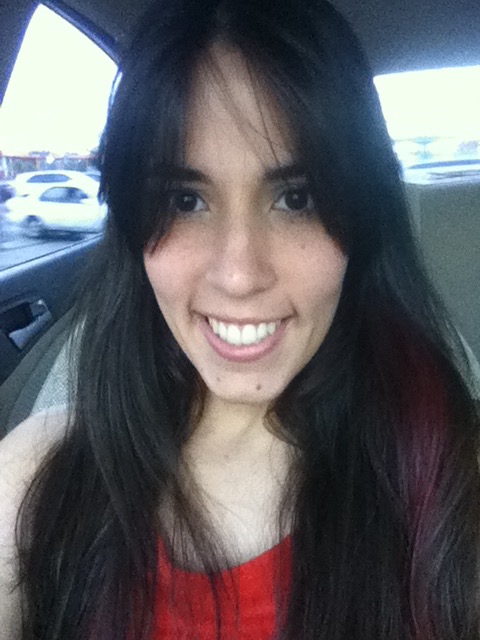 My name is Natalia Pacheco; born in Puerto Rico and raised in the Dominican Republic. Yes! I lived where you vacation. I'm currently a teacher at San Jose Academy in Jacksonville, Florida. I have taught various courses of Social Studies and Geography (6th -12th grade) in International K-12 School settings with the use of various curriculums. I have a Bachelor in Interior Design with a minor in Architecture from SCAD, Savannah College of Art and Design. Art has always been my passion; my background in Art and Architecture enables me to implement and use creative approaches to teaching courses of history that can at times be mundane if student’s attention is not captured. I have taught drawing elective classes and I have facilitated private art/drawing classes for students that wish to create a portfolio for college as well guide them through this stage in their lives. I have also completed a PGCE, Post Graduate Certificate in Education, with a concentration in TESOL and additional credits in History & Geography to meet teaching qualifications for History. I am currently completing a Masters in Education with a concentration in Technology Integration, I have my temporary teaching certificate for Dual Florida State K-12 Certification in Art and Social Science from 6-12, and I am also completing requirements for teaching Spanish K-12. Si! Hablo Español. As you can see Education was not my first career choice but it has been my life vocation and PRIDE. I have been teaching for over ten years and my plan is to grow with every experience as well as to learn as much as I can to be a great teacher for my students. PWAT has been perfect for me because it combines both into one positive environment and feed my soul by allowing me to express my creativity and helping others. I’m a Husky Mom and I work hard to give a good life to my Fur babies. 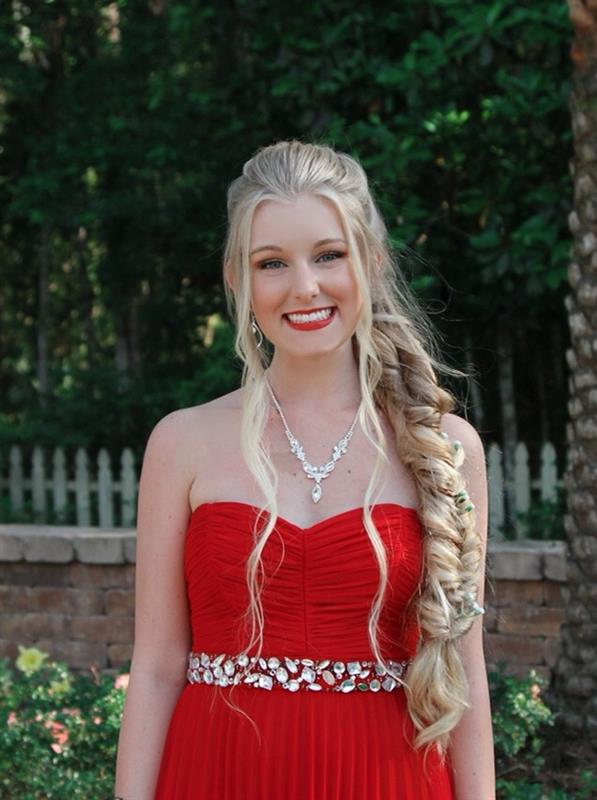 Hi! I'm Savannah but a lot of friends and family like to call me Rapunzel for fun. My parents moved from England to America, so I've been raised in Jacksonville all my life. Creating art has always been one of my favorite hobbies. I vividly remember my granddad teaching me how to paint like Bob Ross whenever he would come to visit. Over the years, painting has been a great way for me to gather my thoughts and express my creativity. I've found that giving away art is one of the best ways to put a smile on someone's face and show how much they mean to me. I love spending hours and hours contemplating how I can make a painting a meaningful gift. Also, teaching others how to create their own masterpiece brings me joy like no other. I consider myself extremely blessed to be working at PWAT while pursing my dream of becoming a nurse practioner. I'm currently majoring in nursing at UNF and attending the Hicks Honors College. Some other hobbies of mine include reading, traveling, fi! shing, and going to the beach. 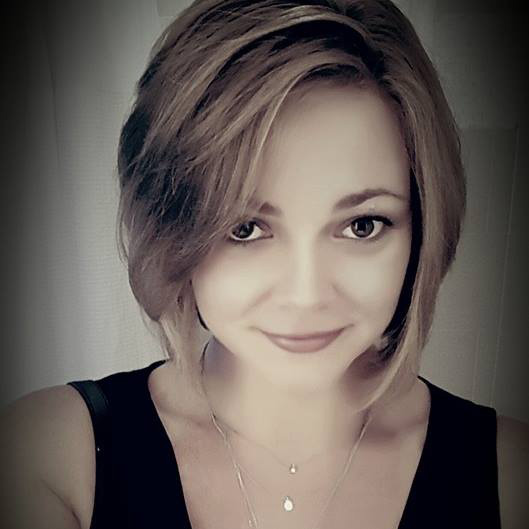 With a passion for creativity, Zenna has been drawn to the world of art since she was first able to pick up a crayon. Sketching her way through school, she obtained degrees in business and psychology but something was still missing...After several years she ended up leaving the office world behind so she could turn her love for creativity into a career. She worked for 3 years with Mad Science of Jacksonville where she provided a fun interactive learning experience for kids and their parents honing her live, on stage skills and creating slime, rockets and dry ice. Her love of art helped create her online store and landed her a job as an instructor at Painting with a Twist helping others find their inner Bob Ross!