Our Baton Rouge, LA Painting with a Twist Artists 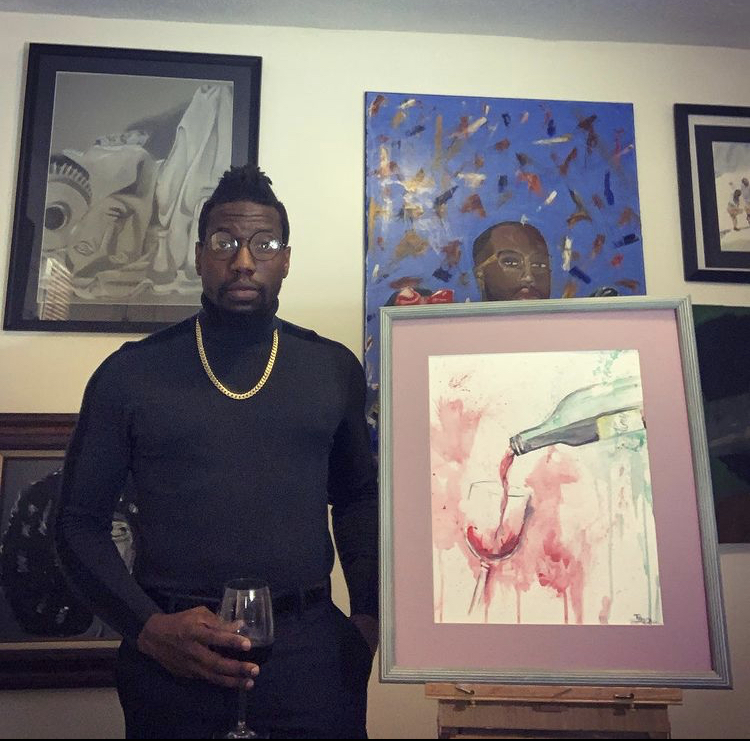 My name is Joshua Williams. I serve as your Studio Store Manager. I am an artist originally from West Point, Mississippi but now based out of Baton Rouge, LA. I specialize in watercolor. Since 2019, I’ve became a full time artist, working on graphic designs, murals, and many many commissions. My motto: We all were created to create! 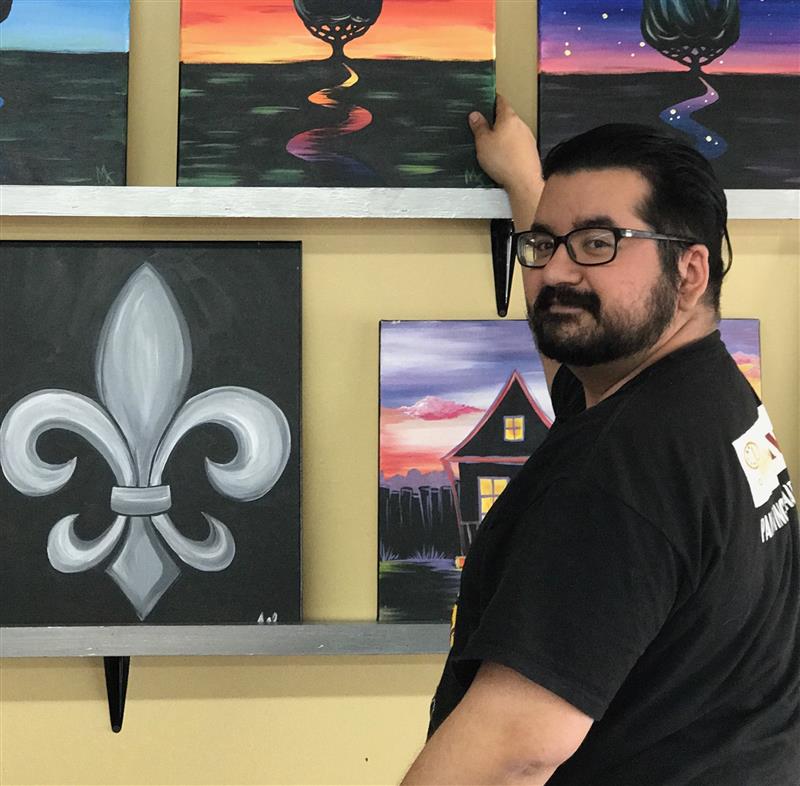 Hey, I'm Bryan, AKA Batman, the Art Director for this studio. I have been interested in creating art since a very young age. Though I have never received any formal art training, my parents have always encouraged my love for drawing, painting, and sculpture. Being a self taught artist, I believe that I am good proof that practice with diligence leads to noticeable improvement. I love my job at Painting with a Twist because I get to share my knowledge of art in a fun filled setting. My favorite type of paintings are portraits of people and animals. When I’m not painting, you can find me at the movies or reading comic books. I hope you will enjoy your time at Painting with a Twist and possibly pursue the arts in the future, because it can be very rewarding! 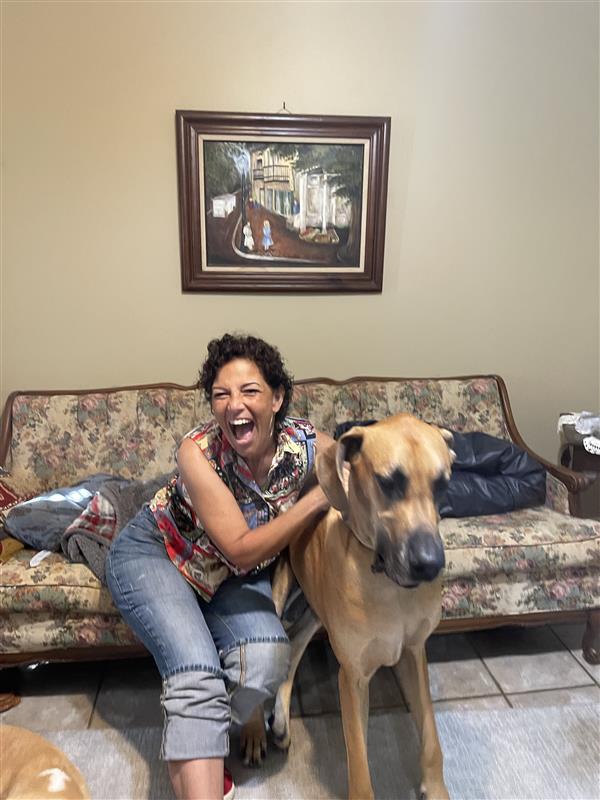 I was born in Houston, Tx in 1970 and attended the finest art schools that Houston has to offer: Glassell School of Art (MFAH), High school for Performing and Visual Arts, Folber Pottery, Community Artist’s Collective. I am proud to have attended the college of art at Texas Southern U, and hold a B.A. in ceramics/sculpture (under the tutelage of Dr. Hughey) and a M.A.Ed-CUIN, from the University of Houston. I started creating art early on, and as soon as she could, my mother, a musical prodigy (cellist and music theorist) started taking advantage of community based art programs. I am lucky to have two artistic fathers: one who raised me (a poet and printer) and exposed me to the importance of detail in my work, and the other a well accomplished Jazz musician. My earliest exposure to the visual arts, was through my grandmother, who subsequently started Houston’s first African American Museum- Adept: Museum of the Southwest. I was fortunate to have direct conversation with these people and programs, not only through my mother, but also my grandmother, who subsequently started Houston’s first African American Museum of Art - Adept. The immediacy of family and extended family, fed the expansions of my curiosity. Therefore, I not only became versed in the visual, but also performance art (violin, dance, and theatre.) The exposure of creativity came through a dichotomy of sorts: Both biological parents being musicians (Strings vs. Horns,) different races (Black Creole vs. Anglo Saxon,) and socio-economic margins and advantages. All of my work pays homage to those things that have influenced my creativity; cowboys, music, Louisiana living, religion, children, intentional details, and America’s altruistic racism. I am inspired by music of all genres, race, antique photographs, religion, rural life, creole culture, personal struggles, and kids! To say the least, my most treasured achievements are the relationships I have forged with my Louisiana husband and our two girls (both of whom have taken on the task of pouring their attention and detail into their work.) I currently live in Baton Rouge, and I love my Texas roots! 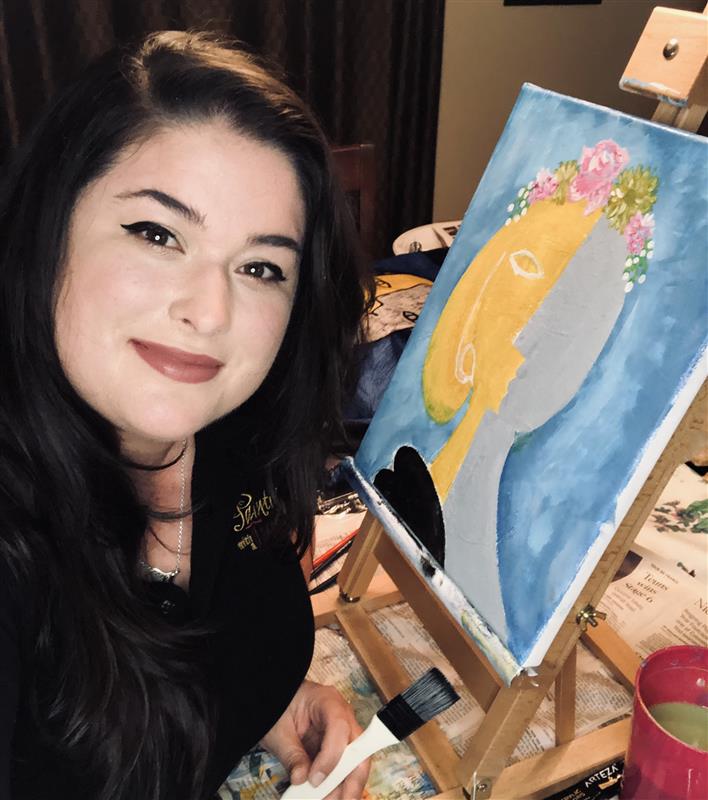 Hi! My name is Branna and I am a self-taught artist from Baton Rouge. My creative journey started when I was little and drawing on any surface I could get my hands on (including walls and car doors in the very beginning). With the support of my family and art teachers, I switched to sketch books and eventually canvas - haven’t looked back since. Although I have been involved with art for most of my life, I didn’t start learning to paint until I hit my thirties. This recent journey has solidified my strongly held belief that it’s never too late to find something you love to do. I am so excited and honored to continue learning, to share this painting experience with you, and to be part of this amazing team! 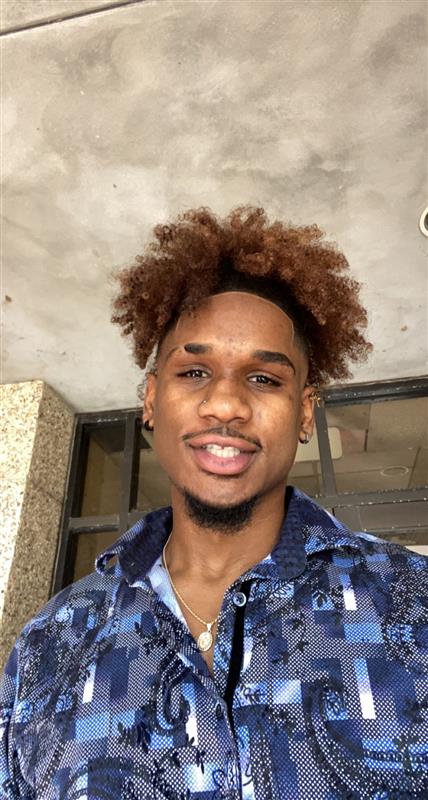 Hey, my name is Clifton. I’m from Morgan City Louisiana, down the bayou baby! I’ve had a passion for art and football since I was a child which led me to Louisiana State University. In my undergraduate degree I obtained a bachelor’s in Fine Art with a focus in Painting and Drawing in December 2020. As an artist I focus on oil paint, charcoal, acrylic, and some sculpture. I have also played for the LSU football team as #44 from 2016-2018. Currently I’m back at LSU pursuing a Master’s degree in Architecture and will graduate in 2024. You’d be surprised as to how the world of architecture and art collide, ask me about it sometime! Art is what we make it, let's make it fun! 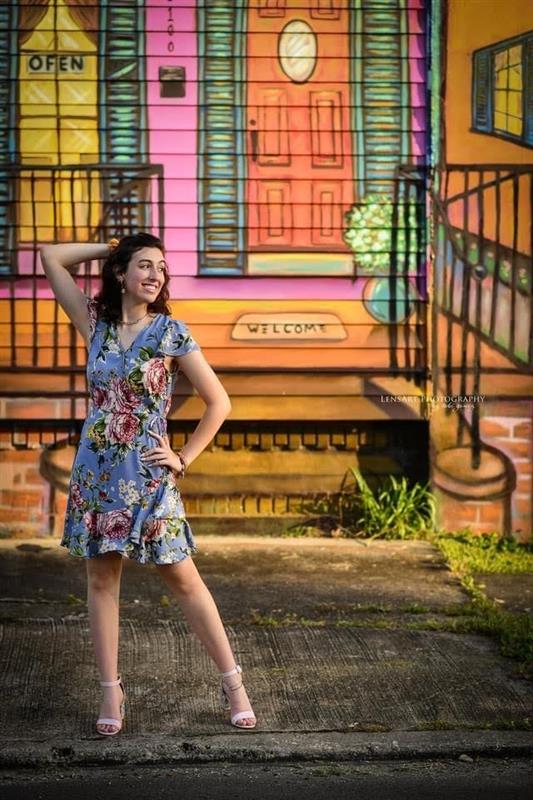 Hey! I’m Edie, aka Edith. I’m a self taught artist, born and raised in Louisiana. I love music and hanging out with my friends but more than anything I’m passionate about art. I became very dedicated and serious with art in high school and ever since then I can’t stop myself from being a doodlebug 24/7. My favorite type of art to do is watercolor and also portraits of people. My major is Education with a minor in Art at BRCC. I am also known to be very outgoing and could talk for hours about anything. So being apart of the Painting with a Twist crew is a dream job for me and I am in love with meeting others and teaching them the fun ways of art. 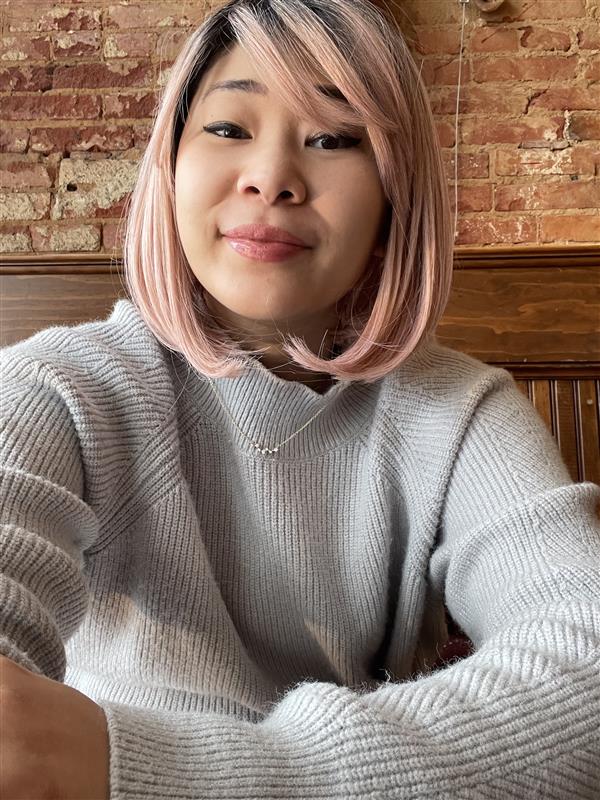 Hello! My name is Diana and I’m from Baton Rouge, LA. I began my art journey at one years old and I started with drawing beautiful murals on my grandparents’ living room walls. My family saw through the destruction of their walls and saw something in me, so they bought me sketch books and art supplies to foster the budding artist in me. In elementary school, I attended whatever free art programs that were available in the community, then joined the Talented Art program at Westdale Middle School and continued my art studies at the Talented Art program at McKinley Senior High School. My art is heavily inspired by anime, video games, nature, and human spirituality. I believe that art is therapy and through art you are able to lose yourself and find yourself at the same time. 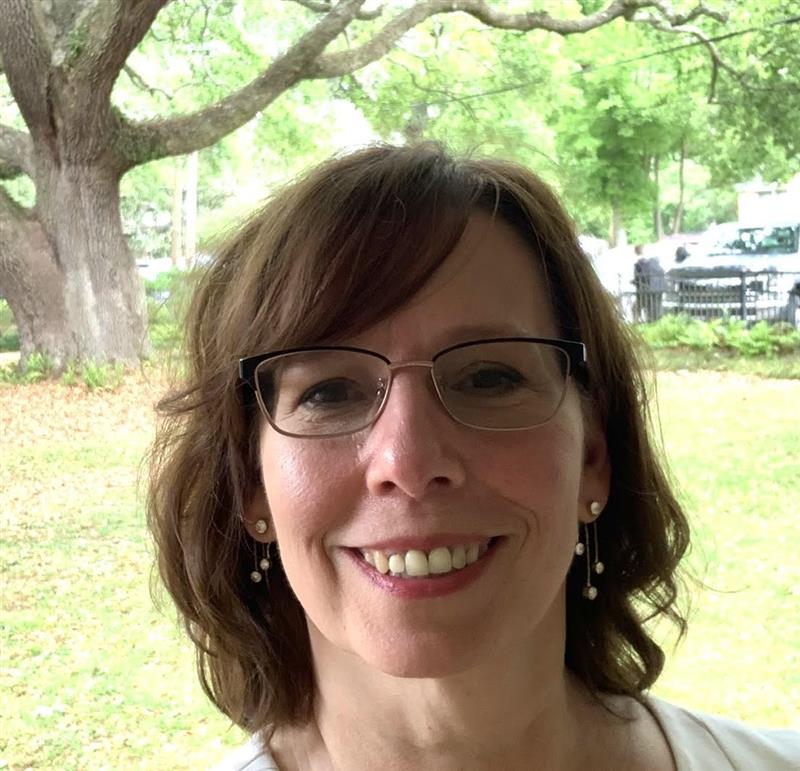 Hi there, my name is Sharon Langlois. I was born in Dallas, Texas and graduated high school in San Antonio, Texas. However, I grew up on Army bases around the U.S. and the world. As a child, I loved to read and would copy illustrations from my favorite books. This is what led me to my love of clothes and the history of clothing design. And so, I graduated with a B.F.A. in Theater production with an emphasis in costume design from the University of Texas at Austin. After getting married to my wonderful husband, we moved back to his home town, Baton Rouge. Geaux Tigers! We adopted our son who was born in South Korea. So, as his mom, of course I have become a fan of Korean culture, art, and music. After several years of retail and retail management, I went back to Southeastern to become a certified teacher. Through my determination to show that art has value, I became a National Board Certified teacher in Early – Middle Childhood Art. I taught art for several years until I became a 2 nd grade homeroom teacher. All of my teaching experience has been a joy. I feel that you are never too old to learn and that art should be enjoyed as well as thought provoking. Through creating art, your personality will shine through. Here at Painting With a Twist not only will you have a great time, you will have your own unique work of art that reflects how amazing you are. 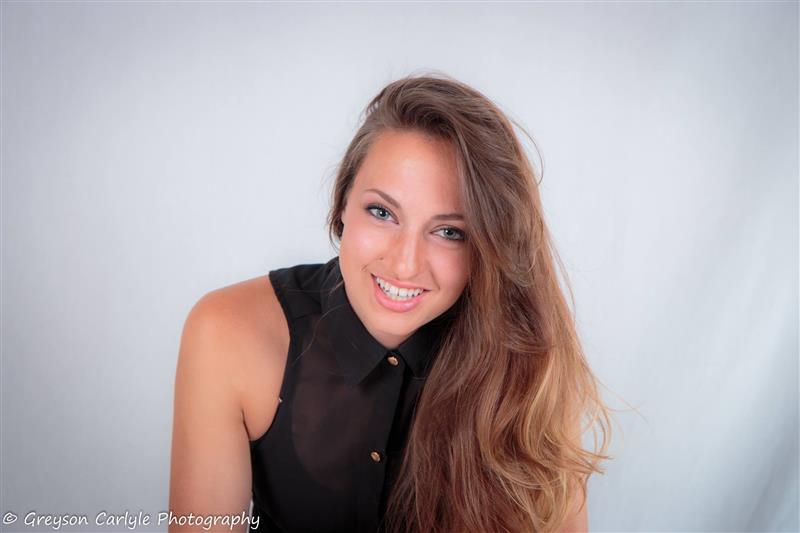 My background began at a very young age and encompasses multiple traditional and digital media. I love to create acrylic and pastel pet portraits. I’ve earned a Bachelor’s in Computer Science for 3D modeling and animation, and I plan on getting into 3D printing soon. Art has always been a passion of mine, and I enjoy bringing that passion to new and budding artists at Painting with a Twist.